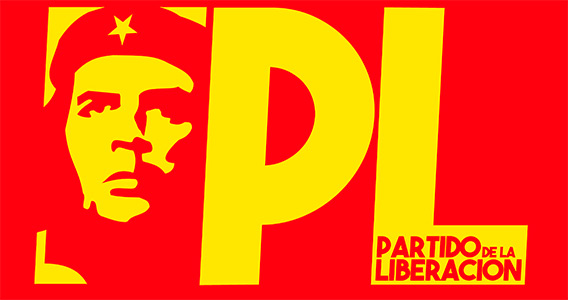 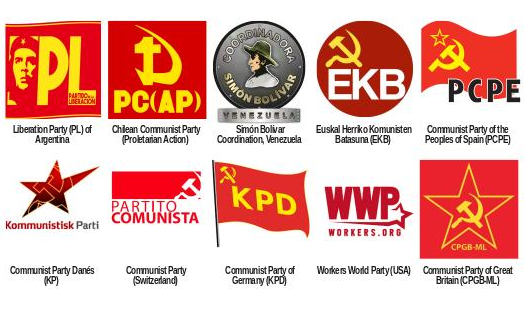 THIS MAY 1ST, FIGHT TOGETHER AGAINST IMPERIALISM

One hundred and thirty years have passed since the international working class began demonstrating around the world to honor the Chicago martyrs and reaffirm their rights as workers.

That workers’ demonstration in that U.S. city in May 1886, which was repressed by the police, made it clear that the demands of the oppressed class (8 hours of work, 8 hours of rest and 8 hours of recreation) should be accompanied by the political demand for a new social system to replace capitalism. Otherwise they would not be achieved or would be inadequate for humanity to live.

Almost a century and a half after those days, the workers, peasants, intellectuals, Indigenous peoples and other popular sectors of the world are still suffering the dire consequences of the capitalist system of exploitation, which has become imperialist due to the very process of concentration of capital that Lenin analyzed in his famous text “Imperialism, the Higher Stage of Capitalism,” and which today has its center in U.S. imperialism. It is joined by the European Union, as the imperialist power of the old continent, Japan, Canada and Australia. There are also pawns on the world chessboard: semi-colonial and reactionary governments like Jair Bolsonazi and the OAS Lima Cartel. In other latitudes Turkey, Ukraine and once socialist countries like Poland, Hungary, Czech Republic, Croatia, etc. play a similar role.

Looking beyond the setbacks and reversals, as earlier with the disappearance of the USSR and more recently the coup d’état in Bolivia against Evo Morales and the betrayal by Lenin (”Kausky”) Moreno in Ecuador, there are also encouraging signs in the world situation.

For example, there is the continuity of socialism in China, Cuba, North Korea and Vietnam, plus anti-imperialist governments such as Bolivarian Venezuela. In the world crisis triggered by COVID-19, these governments, especially China and Cuba, have provided solidarity and internationalist aid, sending doctors and medical equipment to dozens of affected countries.

Without having yet come to power, working peoples in several countries have risen in militant rebellion. In Latin America, the comrades of Chile, Ecuador, Colombia and Haiti have been in the front line of combat against the reactionary governments of Sebastián Piñera, Moreno, Iván Duque, etc. There were also five strikes and many protests against the neoliberal and pro-market government of Mauricio Macri [in Argentina], leading to his defeat in the October 2019 elections. The peoples of the world are rising up against the injustices of the governments that manage the interests of big capital. In France this is shown by the movement of the “yellow vests.”

This world, dominated by international finance capital and other local oligarchies, has generated extreme peaks of super-exploitation and social polarisation. It is a world where 26 billionaires possess more wealth than 3.8 billion inhabitants, half of the planet.

With their practices of environmental degradation, the use of agrochemicals and agro-toxins, multinationals like Bayer-Monsanto have been poisoning the planet and its waters, clearing millions of hectares and causing fires. Fidel Castro was prescient when, at the 1992 Eco-Rio Summit, he said that those powers had put the survival of humanity at risk.

As if all that were not enough, at the beginning of 2020 an outbreak began that became an epidemic and since March a pandemic of the COVID-19 virus. As of April 27, more than 3.1 million people were infected and 226.000 had died worldwide. The epicenter is in the U.S., Italy, Spain and France, and it affects nearly 200 countries and regions.

This very serious health crisis confirms that the solution to the problems of the world working class can arise only from a revolutionary and socialist international policy. There will be no salvation of individuals or isolated countries. The unity and coordination of the peoples is required through popular governments, with a strong state presence and investment, in this case for obvious reasons, above all in the area of health. These governments must be antagonistic to Trump, Johnson, Merkel, Macron, Abe, Trudeau, Bolsonaro, Piñera, Duque and many others who are reactionary. It is impossible to succeed with policies that attempt to amend and save capitalism, neither on the basis of free-market liberalism, nor on the basis of social democracy.

The general crisis of the capitalist system had been developing long before the pandemic hit. Now the two have coincided and become more powerful, with catastrophic consequences for humanity. The International Labor Organization (ILO) estimates that 24.7 million people will lose their jobs. And these drops in employment will also result in less income: between $860 billion and $3.4 trillion less by the end of 2020.

The level of poverty will exceed the high levels of the world today. In July 2019, the UN estimated that 1.3 billion people were affected by this scourge [of poverty]. Today the number is greater, and with the pandemic, there will be still more.

In the face of such a dire situation, we cannot limit ourselves to laments and complaints. It is time to return to the path of the Chicago Martyrs and the Paris Commune, plus all the revolutionary efforts that have taken place on the five continents.

The economic crisis and the pandemic have shown once again that Rosa Luxemburg was right when she put forward the option of “Socialism or Barbarism.” In the march towards this common goal of socialism, the peoples must take into account their particular national characteristics, cultures, realities, etc., with much firmness of principle and tactical flexibility given the specific policies.

It was never correct to follow one’s respective bourgeoisies, even the most “progressive” ones. And neither was it correct to engage in the serious pitfalls of dogmatism and formalism far removed from the concrete struggles of our peoples.

We, the parties and organizations that have signed this Workers’, Revolutionary and Anti-Imperialist Manifesto, commit ourselves to continue the struggle:

-For decent salaries and pensions, without layoffs, suspensions or cuts.

-For workers’ control of production

-For a bigger health budget, better hospitals and working conditions for doctors and health workers.

-Adequate and permanent government assistance to all those who suffer in this pandemic.

-Health is the right of all. No more privatization of healthcare.

-Audit and suspension of payments on the foreign debt of the debtor countries. No more IMF and World Bank.

-Nationalization of the banking system to put finance at the service of the people and their independent development.

-Nationalization of the energy industry and other essential industries.

-Trial and punishment of all those responsible for the fraudulent indebtedness of our countries.

-Ban offshore “tax havens.” Seizure of the accounts and all that was deposited there, to be used by the governments for public works and health.

-Stop the Yankee blockade of Cuba and Venezuela. For the rights of the Palestinian people to form their own state with East Jerusalem as its capital. For the right of the Saharawi people to self-determination. For the independence of Puerto Rico. Return of the Malvinas Islands to Argentina and Guantanamo to Cuba. No more sanctions on Zimbabwe, Venezuela, Iran, North Korea and China.

-Freedom for the pro-people political prisoners of the world. Trial and punishment of military and civilian agents of genocide.

-For solidarity and coordination of the struggles, among the peoples and governments of the world in an ANTI-IMPERIALIST GLOBAL FRONT.

This traduction was made by the comrades of WWP. Thank you very much.